Dateline: Milwaukee - the beer capital of the world. Home of the Green Bay Packers, Milwaukee Brewers and Milwaukee Bucks.....and the celebrities are out.

Green Bay PackerslinemanDavid Bakhtiariwas back to his beer-chugging ways courtside at theMilwaukee Bucks' NBA playoff game Thursday night -- and this time he got a pair of local MVPs to join in.

While being shown on the video screens at the Fiserv Forum, Bakhtiari put back two beers in a matter of seconds then pointed toward Rodgers.

The two-time NFL MVP couldn't get through his entire beer in one go, and Bakhtiari, who has slammed beers during other games in the Bucks' playoff run this season, proceeded to show him how it's done with a third cold one. 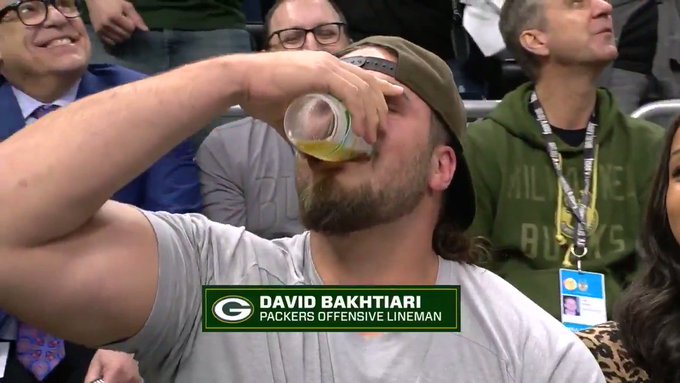